Election day is here, and over two-thirds of American adults say that the 2020 election is a significant source of stress on their life, according to the American Psychological Association (APA). The stress won't end when the polls close, votes are counted, and final results are tabulated. Here are 5 tips for reducing election stress.

Who is stressed about the 2020 election?

A new survey conducted by The Harris Poll on behalf of the APA found that 68% of American adults find the 2020 election to be a significant source of stress on their life, compared to 52% who felt the same about the 2016 election. 77% of Americans are deeply stressed about the future of our nation, up from 66% in 2016. The political climate in general is also causing significant stress for 68% of Americans, up from 62% in 2016.

This percentage is not restricted to only one political party. The study found that 76% of Democrats, 67% of Republicans, and 64% of Independents say that the current election is a significant stressor. 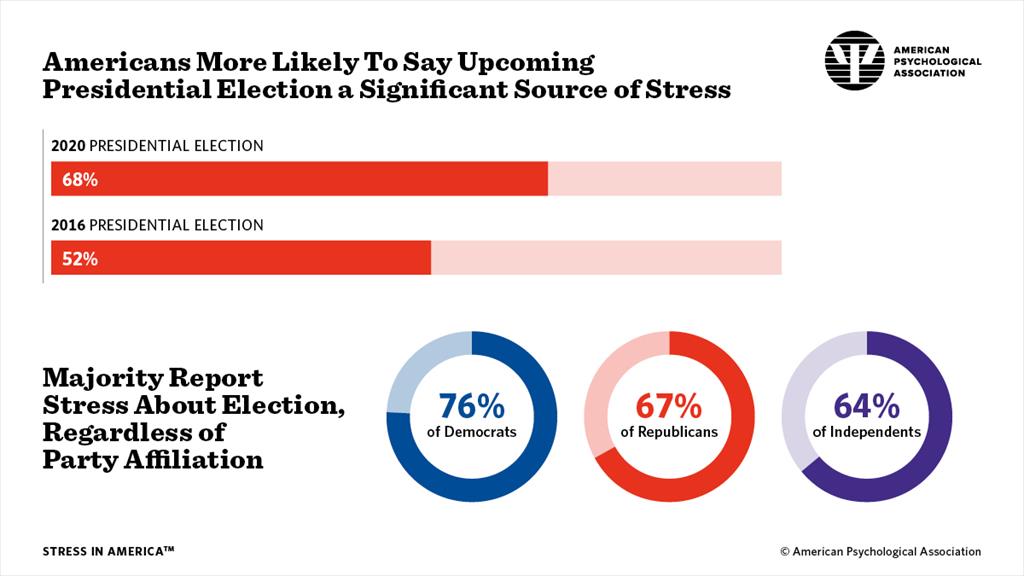 How to reduce election stress

The APA offers some advice on how to reduce the stress caused by the election. The root of this stress is likely the uncertainty of the situation exacerbated by the uncertainty people are already facing due to the pandemic. If your patients are stressed about the election, here are some tips that can help:

If you have concerns about the mental health of your patients beyond the election, AllWays Health Partners has behavioral health resources and screening tools available online.