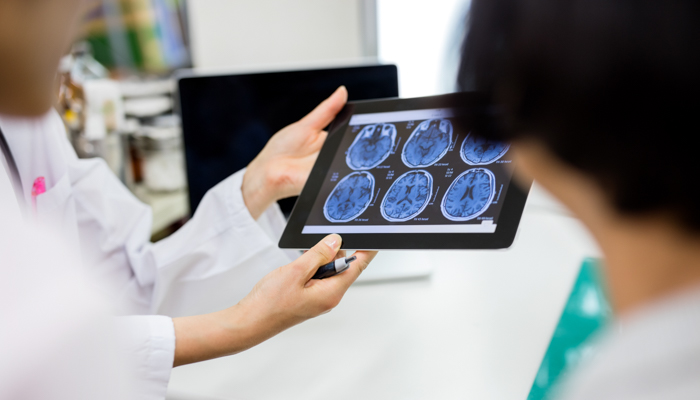 Posted by Brigham and Women's Hospital on November 30, 2021

Brigham and Women’s Hospital is set to begin a clinical trial that will test the safety and efficacy of a new vaccine delivered nasally intended to prevent and slow the progression of Alzheimer’s disease (AD). Continue reading to learn more about the intranasal vaccine for Alzheimer's disease.

This press release was originally published by our partners at Brigham and Women's Hospital.

The trial represents the culmination of nearly 20 years of research led by Howard L. Weiner, MD, co-director of the Ann Romney Center for Neurologic Diseases at the Brigham.

“The launch of the first human trial of a nasal vaccine for Alzheimer’s is a remarkable milestone,” said Weiner. “Over the last two decades, we’ve amassed preclinical evidence suggesting the potential of this nasal vaccine for AD. If clinical trials in humans show that the vaccine is safe and effective, this could represent a nontoxic treatment for people with Alzheimer’s, and it could also be given early to help prevent Alzheimer’s in people at risk.”

The vaccine uses the immune modulator Protollin, an investigational intranasal agent that stimulates the immune system. Protollin is composed of proteins derived from bacteria and has been used safely in humans as an adjuvant for other vaccines. Protollin is designed to activate white blood cells found in the lymph nodes on the sides and back of the neck to migrate to the brain and trigger clearance of beta amyloid plaques — one of the hallmarks of AD. I-Mab Biopharma (I-Mab) and Jiangsu Nhwa Pharmaceutical (NHWA) are responsible for the development, manufacturing and commercialization of Protollin.

“For 20 years, there has been growing evidence that the immune system plays a key role in eliminating beta amyloid. This vaccine harnesses a novel arm of the immune system to treat AD,” said Tanuja Chitnis, MD, professor of Neurology at the Brigham and principal investigator of the trial. “Research in this area has paved the way for us to pursue a whole new avenue for potentially treating not only AD, but also other neurodegenerative diseases.”

The clinical trial will be a single ascending dose (SAD) trial of 16 participants, all of whom will be enrolled from the Ann Romney Center. Trial participants will be between 60 and 85 years of age with early, symptomatic AD. Participants must be in good general health with no disease expected to interfere with the study and have had an amyloid-positive PET scan. Participants will receive two doses of the nasal vaccine one week apart.

“We are thrilled to see Protollin approved to advance into clinical trials after many years of pioneering work, and we are honored to contribute our expertise in the global effort to develop novel therapies for this devastating disease,” said Dr. Jingwu Zang, founder, chairman and director of I-Mab.

The phase I trial’s primary objective will be to determine the safety and tolerability of the nasal vaccine. The research team will also measure the effect of nasal Protollin on participants’ immune response, including its effects on white blood cells, by examining cell surface markers, gene profiles, and functional assays.

“The immune system plays a very important role in all neurologic diseases,” said Weiner. “And it’s exciting that after 20 years of preclinical work, we can finally take a key step forward toward clinical translation and conduct this landmark first human trial.”

Funding: This study is funded by I-Mab and NHWA.