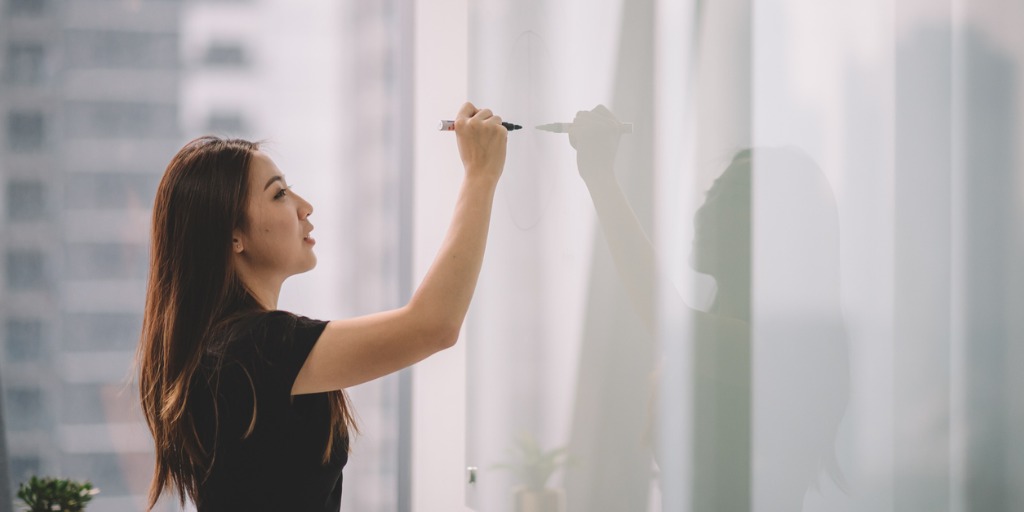 Hear from a cognitive scientist who studies contextual factors

Learn about context influences from Jennifer Trueblood Associate Professor of Psychology, Vanderbilt University and a cognitive scientist who studies the impact of contextual factors on human judgment and decision-making.

When my husband and I purchased a new home last year, the house we ultimately bought was one we had at first ruled out. While the house had many positives, including being affordable, it also had several negatives, so we’d kept looking.

A few months later, we thought we’d found the perfect home. But like all homes, it had its drawbacks. As we started the negotiation process, those negatives started to weigh on us.

It led us to rethink the previous house we’d initially rejected. Nothing about it had objectively changed, but we started weighing its various features differently. The more we thought about the two homes, the more our opinion shifted. In the end, we reversed our thinking and bought the one we’d at first counted out, which was luckily still on the market.

Our homebuying decision exemplifies one of the common characteristics of human decision-making: decisions depend on context.

Beliefs and choices are shaped by relative factors. When my husband and I were buying our house, we evaluated the various features – such aspects as price, location, construction quality and so on – through comparisons. How did this one stack up against that one?

Of course absolute criteria play a role; we had a hard upper bound on price, for instance. But contextual factors can alter your beliefs about the world around you, as well as what you choose. Laypeople like homebuyers are affected by these relative evaluations. So are experts; one study found that doctors diagnosing a urinary tract infection would make a different judgment depending on whether they first had access to laboratory data or the patient’s medical history.

I’m a cognitive scientist who studies the impact of contextual factors on human judgment and decision-making. Such factors can have good or bad consequences. Advertisers might exploit contextual factors to sell a particular product. But context can also be used as a nudge to help people make better decisions, such as going in for cancer screenings. I’m interested in developing theories to predict how context will influence people’s choices and tools for improving decision-making.

Consider the important task of a juror judging whether a defendant is innocent or guilty.

Over the course of the trial, the juror hears a lot of information from the prosecution and defense. The juror’s job is to evaluate everything and ultimately make a judgment about guilt.

My laboratory research and other studies of jury decision-making have found that the order in which the information is presented influences judgments of guilt. Just hearing what the prosecution has to say first before hearing the defense’s side leads to different judgments than when the same information is presented in the reverse order, defense followed by prosecution.

This phenomenon is known as an “order effect.” One common type of order effect is called a “primacy effect.” In this case, it is harder to update one’s beliefs after the first idea has taken hold. Later information is evaluated in the context of earlier information, resulting in the later information having less influence on beliefs.

Consider a simplified version of my homebuying experience. Let’s assume that I care about only two features: price and location. Imagine that I’m deciding between two homes, one that is in a prime location and expensive (let’s call this house A) and another that is in a less desirable location and affordable (let’s call this house B). In this situation, I’m faced with making a trade-off between price and location.

Now, suppose a new option shows up on the market: house C, which is in a very similar location to house B, but slightly more expensive. In this case, house C is clearly worse than house B – costs more for an unfavorable location – so I would never choose it.

Even though I would never buy house C, research shows it influences my choice between the original two. The presence of the inferior house C increases the likelihood that I will buy house B. This phenomenon is known as a “decoy effect.”

Similar to order effects, decoy effects occur because people evaluate options in the context of other options. Introducing a “decoy” option, such as the inferior house, changes how you evaluate what was originally on the table.

In situations where there are many options with lots of features, you can’t pay attention to all of the information simultaneously. Rather, you focus on a subset of the information – particular options, features or both. When a “decoy” option is introduced, it alters where your attention goes and how comparisons stack up. Decoys typically lead people to think more favorably of the similar, superior option – house B, in the real estate example – and can ultimately result in that option’s being chosen.

Research in my lab has shown that decoy effects occur in simple perceptual tasks such as judging the area of geometeric shapes in addition to consumer choice tasks. Scientists have also spotted decoy effects in other species, from monkeys to insects.

Why does context influence decisions?

Decision-making is supported by other cognitive processes, such as memory and attention. These processes have limitations. For example, it is difficult to hold many pieces of information in your mind at the same time because of the limited capacity of your mind’s working memory. Contextual factors affect these more basic cognitive processes with the downstream consequence of influencing your choices.

Context effects are therefore not a decision-making quirk, but a result of how human minds work at a more basic level. Recently, my colleagues and I have used this insight to reduce and even reverse decoy effects in the lab. Understanding how context influences basic cognitive processes allows us to predict how people might act in new situations. Such knowledge is important when researchers are thinking about how to shape policies that encourage effective choices and help people make better decisions.

This article is republished from The Conversation under a Creative Commons license. Read the original article.