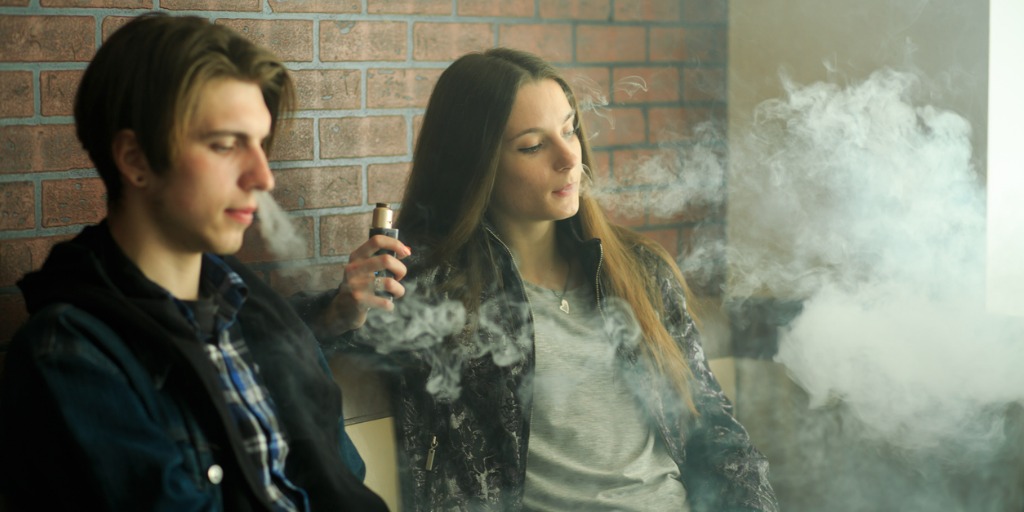 How to talk with kids about tobacco prevention and quitting 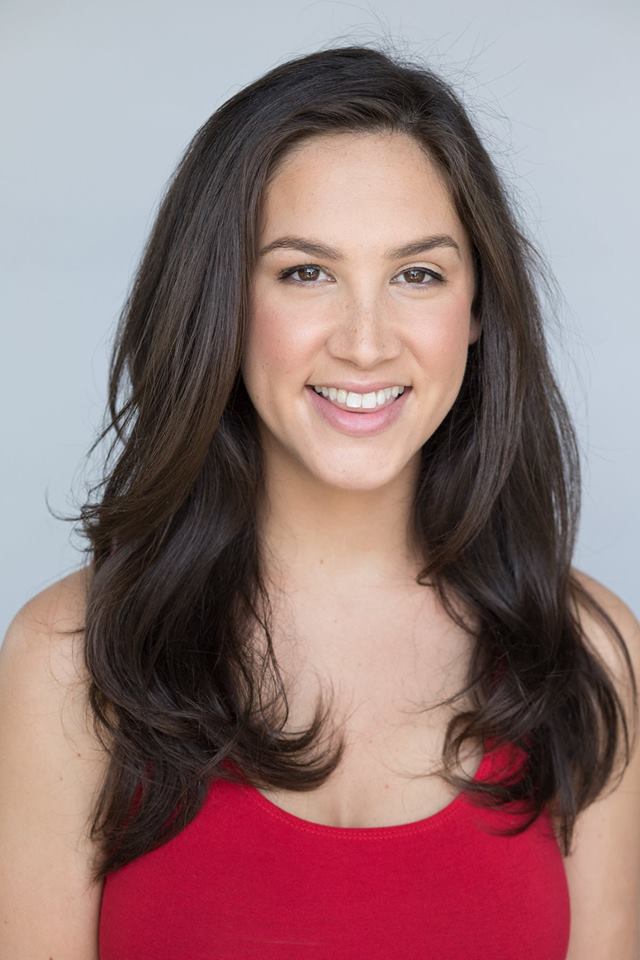 Last week, we shared "This is why kids are more susceptible to tobacco addiction," in collaboration with Jonathan Winickoff, MD, MPH, at Mass General for Children. Today on World No Tobacco Day, we share the rest of our conversation with Dr. Winickoff about unknowns around vaping, the biggest motivators pushing youth to smoke, and resources you can share with kids or (or use yourself.)

Cigarettes and electronic cigarettes can be thought of as delivery systems created by the tobacco industry that put nicotine and other compounds into the human body. 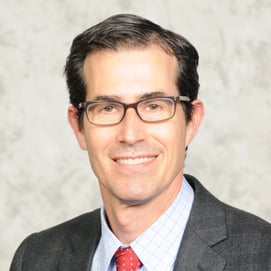 Both cigarettes and electronic cigarettes are filled with thousands of chemicals like toxins, heavy metals, carcinogens, and flavor chemicals that can induce inflammation and harm the body’s immune system. Researchers have been studying the harmful compounds in combustible cigarettes for over 50 years and still quantifying the hundreds and perhaps thousands of chemicals in newer, e-cigarette products. Of the over 1000 compounds in the e-cigarette, most of them are unknown and have not yet been characterized. 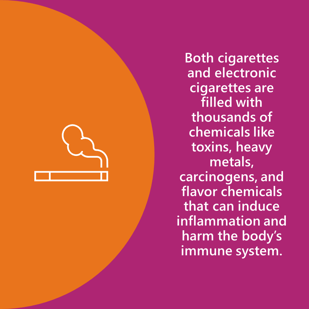 Motivators for youth to smoke

One of the big drivers of tobacco use in youth is flavors. Thanks to the family smoking Prevention and Tobacco Control Act of 2009, most combustible cigarette flavors have been removed from the market. However, the electronic cigarette market has a large selection of fruity flavors—everything from green apple ice to cotton candy—that have proven to be enticing for youth. Easily accessible and with attractive flavors, many youths start using electronic cigarettes as their first tobacco product before moving on to other tobacco products including combustible tobacco.

With Dr. Winickoff’s help in formulating and advocating for the legislation, Massachusetts passed the first state bill in the country to ban all tobacco flavors, but even so, youth are still able to get flavored electronic cigarettes that are coming in illegally into Massachusetts from other states, emphasizing the need to spread this legislation to other states and eventually the Federal Government.

The fight against menthol

Menthol is the only combustible tobacco flavor that has remained on the US market and is particularly dangerous for youth and adults. The FDA just proposed a rule to ban menthol in combustible tobacco products. Dr. Winickoff has been hoping for such regulation for over a decade. He elaborated, “I testified before the FDA more than 10 years ago to present work on this issue. After years of effort alongside hundreds of researchers, doctors, pediatricians, and public health groups—it is really rewarding to see the FDA finally propose a rule to ban menthol cigarettes. Pediatricians, parents, and almost all health groups think menthol is a dangerous chemical when combined with nicotine.”

Why is menthol so bad? Dr. Winickoff explained, “Menthol is the emperor of all flavors because it is both a flavor and an anesthetic. The tobacco industry has relied on menthol to help increase the addictive qualities of their product because it allows users to inhale the nicotine more deeply into the lung, facilitating addiction and making it harder for users to quit." 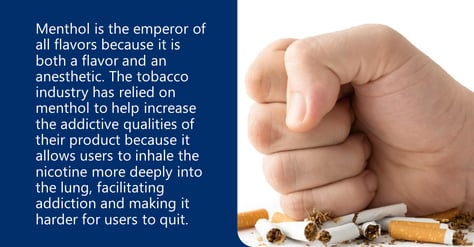 Talking to kids about prevention and quitting

Parents shouldn't blame themselves if their children have started using tobacco products; they only have so much control over what adolescents do. Compared to the billions of dollars that the tobacco industry spends on advertising targeting kids, it’s no wonder that many kids fall into nicotine and tobacco product addiction.

Pediatricians can offer resources, medications, and effective programs that can help children quit. Dr. Winickoff recommends both This is Quitting and My Life My Quit as they use counseling strategies that have been shown to be effective. Parents can also help advocate for stronger tobacco control laws and increased enforcement of existing regulations to ensure that retailers aren’t selling tobacco products to underage youth in their communities. Retailers who sell to youth can be reported to the Attorney General’s office at 617-727-8400.

Citizens and patients can also push for smoke-free air in their buildings. Nationwide, government-funded public housing is completely smoke-free, but many private landlords have not taken that same step to make all indoor units smoke-free. Preventing smoking and vaping in apartment and condominium buildings will reduce the tobacco exposure of all building residents including pregnant women, infants, and children. Dr. Winickoff explained, “I took part in a research project that looked at children's exposure to tobacco smoke. Kids living in a multi-unit building were found to have high levels of tobacco smoke exposure even if they were in a non-smoking unit. That gave evidence to the federal government to make public housing smoke-free to protect children. So, it's very important that landlords with multi-unit housing properties use this data to inform regulations while protecting all individuals living in their buildings.”

For a fresh perspective on overall health and wellness, download our free eBook.